Join us on January 19 at 6:30 pm via zoom as we learn about the China-Taiwan conflict with guest speaker Bob Naeye 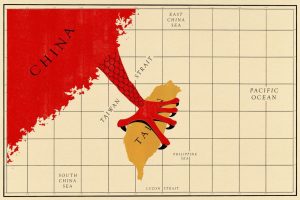 “The long-simmering conflict between China and Taiwan presents a vexing and delicate challenge for American foreign policymakers. Our political and military leaders are caught between two irreconcilable visions: China’s unshakable insistence on reclaiming what it considers to be a renegade province, and Taiwan’s insatiable desire to remain a de-facto independent republic.

China’s rise to economic superpower status has dramatically shifted the military balance of power in the Western Pacific in Beijing’s favor. President Xi Jinping has increasingly asserted China’s claim to Taiwan, making confrontation appear inevitable, perhaps before the end of this decade.
To what extent should the U.S. defend Taiwan’s sovereignty? How far should the U.S. go to deter a Chinese assault? If China acts on its long-standing claim, should a future American president risk a potentially catastrophic war with a nuclear power to protect Taiwan, or should the president abandon a thriving democracy with 23 million souls to its fate?
Speaker Robert Naeye will explore these complex questions.”

Derry Township resident Robert Naeye has had a long-term interest in the American role in navigating the tense China-Taiwan relationship. He serves on the Board of Directors of the Foreign Policy Association of Central Pennsylvania (formerly the Foreign Policy Association of Harrisburg). Shortly before the Covid pandemic, he gave a well-received presentation to the Hershey Indivisibles about the U.S.-Iran conflict.